By Mark B. Huntley, Esq.

Advertiser Disclaimer - Some links on this page may pay us advertising fees.

Presidential hopeful, Senator Kamala Harris, has proposed changes to credit reporting that could help "Credit Invisible" Americans get a credit score and gain access to financial markets for the first time.

In this article, we'll break down her plan, problems with the current system, and how American consumers and lenders could potentially benefit from her proposed ideas.

The Senator has proposed that utility, telephone, and rental payments, known in the credit industry as "alternative data," should be part of the standard payments reported to the national credit bureaus. 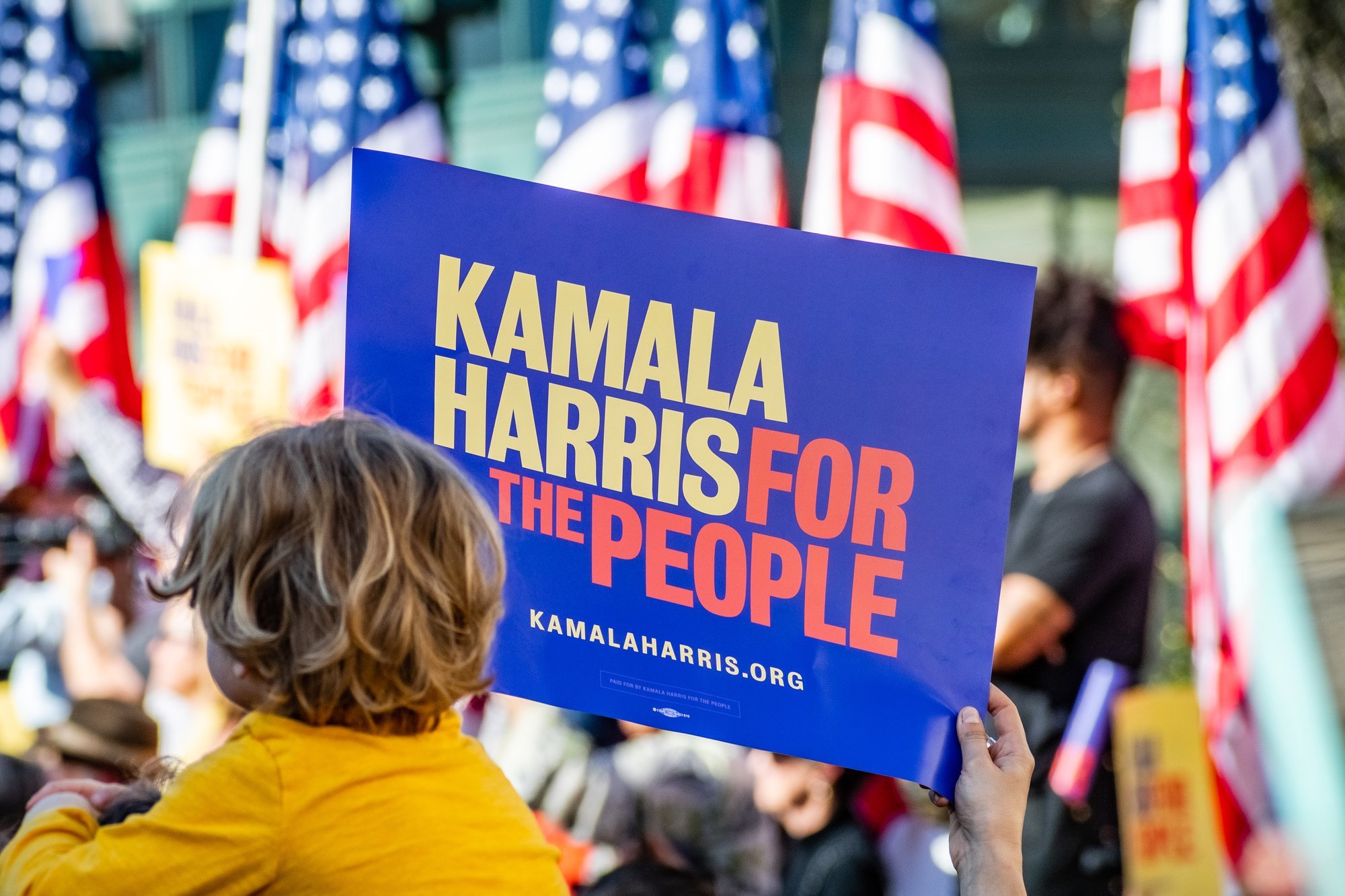 A report from the Consumer Financial Protection Bureau (CFPB) found that 45 million adults in the U.S. are Credit Invisible or Unscoreable and may be denied access to credit because they do not have credit records that can be scored.

Invisibles and Unscorables,  ‘often end up paying high rates, fees, and down payments.'

When they need cash quick, often 'their only option is to turn to payday lenders and check-cashing services that charge effective interest rates as high as 500 percent.’

And it's not fair.

Many of these Invisibles make several types of routine payments that are not reported to credit bureaus, according to a financial study supported by the Ford Foundation.

The reporting of these payments to the credit bureaus could help prove their credit worthiness, but they aren't being reported.

The majority of property managers, energy utilities and telecommunications companies do not fully report customer payments to the three big national credit bureaus.

41% of the Black and Hispanic population are credit invisible and unscorable because alternative data is not routinely included in consumer credit files.

However, alternative data such as regular household bill payments are some of the best evidence that thin-file (unscorable) and no-file (credit invisible) consumers can repay financial obligations, the Ford Foundation study also found.

Credit bureaus have been recording and scoring utility payments and cell phone payments for years.

The Brookings Institute explained that the problem is alternative data composes less than 1% of all tradelines recorded at the three big national credit agencies as of 2016.

The credit bureaus are happy to record and give the consumer credit for alternative data.  It simply isn't being reported.

A report released by the Political and Economic Research Council identified the same challenge, citing that ‘under 5% of all credit files have one or more alternative tradelines in a major credit bureaus database.’

If Senator Harris is successful in her 2020 pursuit of the Presidency, she would like to implement the recording of alternative data into consumers' credit files based on the recommendation of many industry experts. 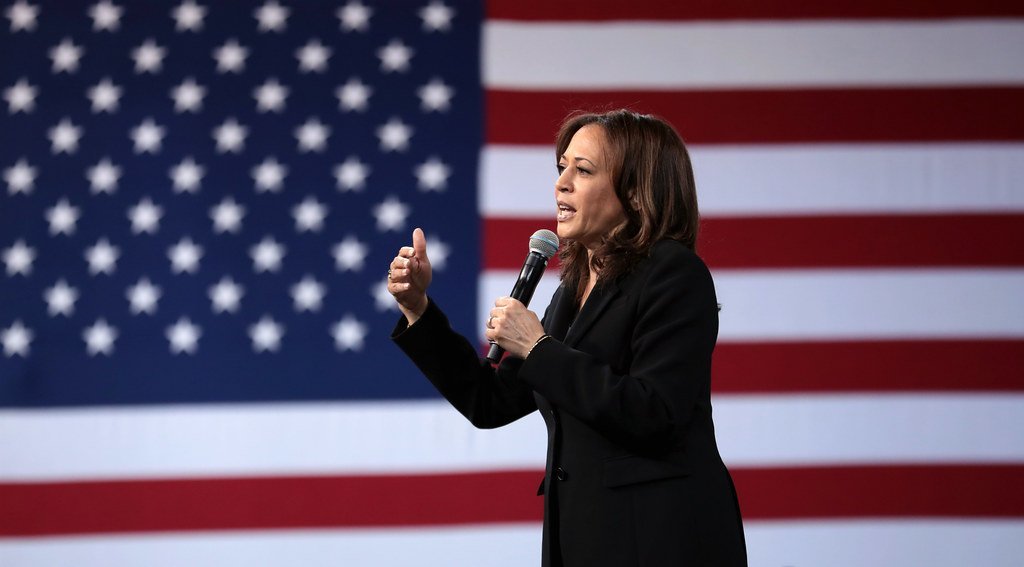 Who Are the Credit Invisibles?

According to the CFPB, 26 million adult Americans are ‘Credit Invisible’ which means that they,  ‘do not have a credit history with one of the nationwide credit reporting companies.’

And another, ‘19 million consumers have ‘Unscorable’ credit files, which means that their file is thin and has an insufficient credit history or they have stale files and lack any recent credit history.’

Minorities, lower-income consumers, and the young are most likely to be thin-file borrowers

The CFPB reports 38 million of the 45 million Credit Invisibles and Unscorables are disproportionately Black or Hispanic Americans.

45% percent of adult Americans living in low-income neighborhoods are Credit Invisible or Unscorable and are concentrated in urban areas that contain a high percentage of Black and Hispanic minorities. CFPB (2016). 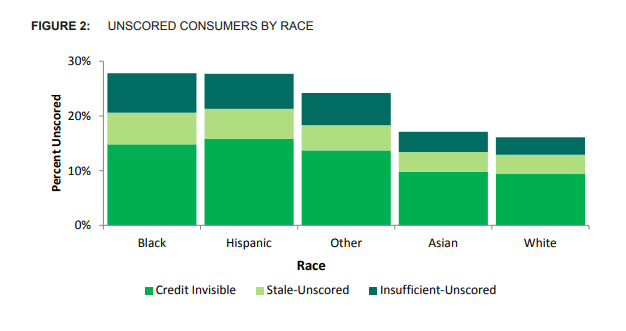 Fig. 2 Unscored Consumers by Race 'Who are the credit invisibles? How to help people with limited credit histories.' by the Consumer Financial Protection Bureau, December 2016.

Whereas in comparison, only 9% of Invisibles and Unscorables live in high-income neighborhoods.

The majority of the Invisible population is aged 18-21, an age that is common for consumers to be invisible or unscorable regardless of race or income. 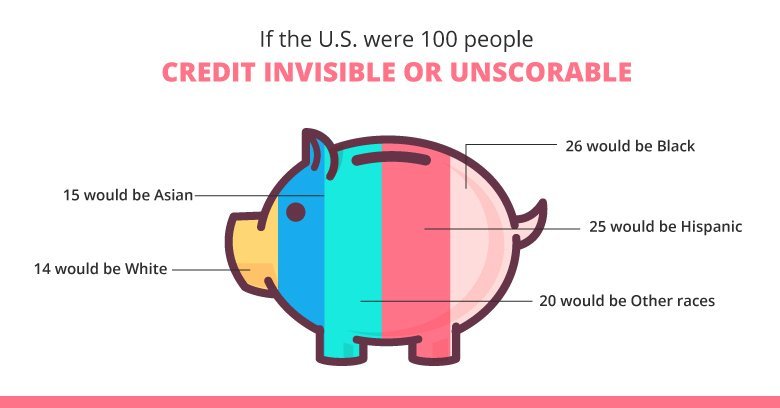 Can Alternative Data Save The Invisibles?

The reports are in:

HUD believes that many of the Invisibles or Unscorables who are considered 'non- or less credit-worthy today could be able to demonstrate better credit-worthiness in the future,' with the addition of alternative data to consumers credit files.

The PERC says that, 'Alternative sources of data, such as rental histories or utility payments, have been shown to increase the credit scores of many creditworthy consumers with thin files.'

VantageScore claims that they can generate scores for 30-35 million previously “unscorable” consumers if alternative data is included in the credit file, which would ultimately open up a financial world of opportunities to the Invisibles such as the ability to:

Brooking Institute has advocated the full reporting of utility and telecommunications payment data to consumer reporting agencies, saying, "Thin-file consumers would stand to gain by having a more accurate assessment of their credit-worthiness.

"Thin-file consumers would stand to gain by having a more accurate assessment of their credit-worthiness."  Brooking Institute

But we don't just have projections.

One of the champions on the alternative data front has been Experian, who released Experian Boost in 2019.  Experian Boost allows users to report utilities payment history to Experian, usually resulting in a quick credit boost.

So far, it has been a huge success.

For more Experian Boost results, click here for their study.

The Incredible Benefit to Minorities

Reporting alternative data could be monumentally beneficial to minorities.

If all unscorable minorities were scored with alternative data, as many as 23% (11 million)  could transition to be non-prime or fair credit eligible.

This is because 80% of unscorable thin files would become scorable with the inclusion of alternative data.

64% of credit invisible minorities represent a low-risk population that is likely to be a good and profitable customer source for lenders and credit card issuers.

Besides the clear benefits reporting alternative data poses to Invisible consumers, it would also create a whole new universe of potential customers for lenders.

1) Lenders Could Expand Their Markets:

Brooking Institute has advocated the full reporting of utility and telecommunications payment data to consumer reporting agencies, saying, "Thin-file consumers would stand to gain by having a more accurate assessment of their credit-worthiness. Credit issuers would stand to gain by enhancing their ability to expand their markets without a concurrent increase in risk." 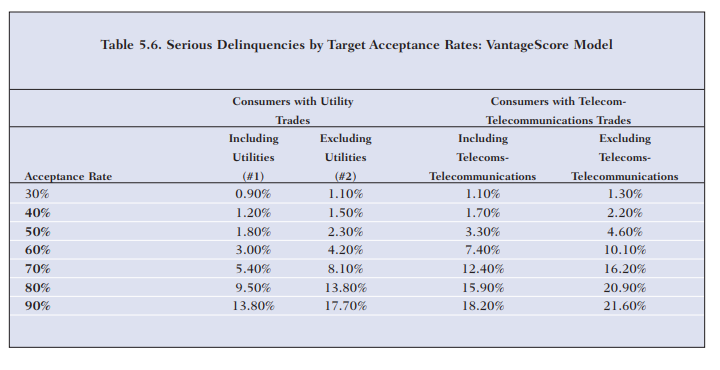 The problem is not with the national credit agencies, but lies with the property managers, utilities, and telecom companies' failure to report to the bureaus.

72% of utility and telecom companies that fully report customer payment data said the benefits were far greater than the cost.

Some of of the non-reporting can be blamed on state consumer protection laws aimed at protecting low-income citizens.

Others point to unintentional problems with the reporting of data.

For example, a military family who moves frequently may not want rent and utilities payments reported to the bureaus, with the concern that the frequent changes could make them appear risky.

In this case, we would appeal to Experian Boost's example, who only allows alternative data to affect a consumer's file positively.

We will discuss other potential concerns related to reporting alternative data in an article coming soon.

There are still significant steps that need to be taken, but all parties look to benefit from adding alternative data payments to consumers' credit files.

With the opportunity for lenders to increase their market without taking on any additional credit risk, it seems Senator Harris’ proposed credit score fix would be good for everyone.

More Keys to the Credit Door: 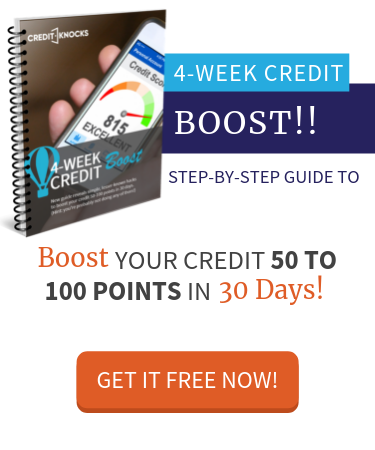 You With The Best ​

Credit Knocks is an independent, advertising-supported, information and review service.  Some of the offers that appear on this site are from companies from which Credit Knocks receives compensation. All financial products and services are presented without warranty.   When evaluating offers, please review the financial institution’s Terms and Conditions.

No thanks, I'm not looking to build credit.